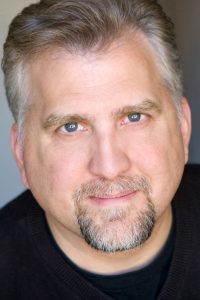 Daniel Roebuck, an actor best known for roles including Deputy Marshal Robert Biggs in The Fugitive and its spinoff film U.S. Marshals, plus television roles in Lost, Matlock, and more, is coming to Bryan and Van Wert for showings of a 2017 film he wrote, directed, and starred in called, “Getting Grace.”

Theater owner Donna Saunders, befriended Roebuck at a cinema convention last year. Roebuck offered to come to her theaters to present Getting Grace and to meet patrons, take photos, and sign autographs.

A film about life and dying

Getting Grace is about a teen dying of cancer who crashes a funeral home to find out what will happen to her after she dies, but ends up teaching an awkward funeral director how to celebrate life. The film is rated PG-13 and was the winner of five awards at the Northeast Film Festival.

Grace is in the final stages of cancer and lives with her alcoholic mother, Venus, who turns to her addiction as a way of coping with the impending loss of her daughter. However, from the beginning, Grace is full of life. She spends much of the film bouncing across the screen, cracking jokes, and defying those she encounters to live life to the fullest.

An emotional and enlightening journey

Grace spends time conversing with a pastor and a “mind over matter” author in an attempt to understand the concepts of faith and belief. Of course, she has a much more profound impact on those around her than any answers others can provide.

In Grace’s final moments, when she has accomplished many of her immediate goals, including getting herself a boyfriend, she has a grave epiphany.

Getting Grace is both an emotional and enlightening journey that portrays the end of life as dignified and bittersweet.

“The film deals with the subject of the end-of-life and dying in an honest and humorous manner,” said Saunders. “We partnered with our local hospice agency, CHP Home Care & Hospice, to make this a community event.”

Hospice staff from CHP will attend showings on Mar. 12-13 to answer questions about the services it provides locally for people facing a terminal illness. All of the admissions proceeds from the film’s showings from Mar. 11 – 17 are being donated to CHP Home Care & Hospice.