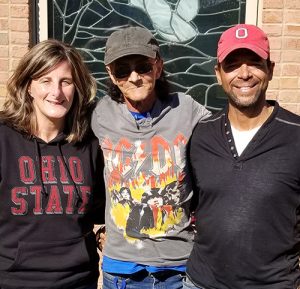 Robert Casper of Oakwood, Oh. and Carey Nance of Melrose, Oh. are going on a special trip this weekend to New York City, with a stop along the way at a state park in Pennsylvania.

The trip is a wish granted to Casper by The Angel Foundation in Van Wert, a nonprofit organization that fulfills similar wishes for terminally ill adults throughout Ohio.

Nance knew of The Angel Foundation because his mother, the late Patricia Nance of Latty, received a wish from the organization back in 2009.

“The Angel Foundation flew my sister home from Texas when my mother was sick,” Nance said. “It meant so much to us all to have our family back together before she passed.”

When Casper was diagnosed with metastatic lung cancer this fall, Nance – his lifelong friend – drove him to Van Wert to complete a wish application.

When he walked in and met Angel Foundation wish coordinator, Deb Buechner, Nance was surprised to learn that she remembered him from his mother’s wish 12-years ago.

To pay respects at WTC

Casper traveled throughout the country as a construction laborer. His travels included jobs in New York City after the 9-11-2001 attack on the World Trade Center.

“I lost a niece in the attack and I passed by the site when I was there, but never got to stop,” Casper said. “I want to pay my respects to her and everyone who lost their lives in that tragedy.”

Fishing at a scenic park 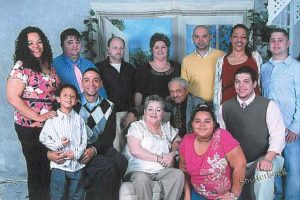 Patricia Nance and family from the 2009 Angel Foundation wish

Both Casper and Nance enjoy fishing, so their trip will include a stop at Rickett’s Glen State Park in Pennsylvania.

The Angel Foundation is providing them money for gas, tolls, food, fishing licenses, and souvenirs. They also plan to see the sites in New York, including Times Square and Central Park.

“I wanted to send him as soon as possible,” Buechner said. “The biggest obstacle we face is that people wait too long to contact us and they’re too sick to do anything. We want him to go now, while he’s feeling good, so this wish came together quickly.”

An escape from life…

Casper is taking chemotherapy at the Radiation Oncology Center in Bryan. His doctor signed off on his ability to travel at this time.

Casper said he is looking forward to the trip being “an escape from life for a little while.” They are leaving early this Saturday morning and will return on Tuesday.

“Knowing that people care means more than anything,” he said, “especially with the way the world is now.”

*The Angel Foundation receives funding from United Way of Van Wert County to help it with administration costs. Private donations from individuals and groups fund wishes. We welcome and appreciate any donations. Thank you! The Angel Foundation, 1159 Westwood Dr., Van Wert, OH 45891